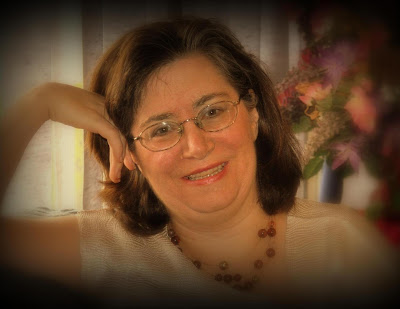 Movies are fascinating. They have a way of conveying messages without us realizing we are getting the message. I first gained this understanding in college. I took a cinema class because I thought it would be fun and easy. But God had other plans.
There were 800 students in cinema class. Apparently a lot of other students had the same idea I did.  The only one in the room who didn’t know this was supposed to be an easy class was the teacher. She had this strange idea that we were actually there to learn about movies. Go figure!
Where we started, I no longer remember, but through the course of the semester we learned every technique directors use to pull us into their work. We went through the meanings of various camera angles, how props are used, how sets are designed, how costumes are chosen, colors, music, layout, dialogue, blocking, movement, and on and on and on.
We were given the chance (read: assigned) to deconstruct various techniques in the movies we watched.  For example, say you chose to analyze the music, you then took notes on how music was used throughout the movie to evoke the emotion you had decided the director was trying to bring out. Then you wrote what you thought about that in a 500-word paper.
It was fun.  Slowly but surely the lessons came together so that I could see how a movie director constructs a world in which what you see and hear transfers into making you feel a certain way and understand the characters on a deeper level than maybe even you realize.  Does he want you to feel fear?  Low, menacing music will pull fear right out of you.  Does she want you to sense that a character is out of control?  Cluttering the character’s living space with a myriad of props will (even if you’re not aware of it) add to that perception.  In fact, one thing the teacher said has stayed with me all these years:  “Nothing that appears in a movie—from the angle of the camera, to exactly how a set looks, to the motions a character makes—is random.  They are all thought out, planned, and executed to evoke the emotion the director wants you to feel at a given moment.”
Many years after that cinema class, I began to use these lessons in constructing my books.  I intuitively understood that you didn’t have to tell the audience a character was a control freak if his suit was impeccable, his desk perfect, his apartment sparse but in fastidious order, his commands to others followed to the letter or else.  All of these add up to a character bent on controlling his existence—even if I never said that outright.
I could do that without even really trying. It wasn’t until a writing friend pinned me down to explain it to her that I came to the realization of the layers of existence.
Simply put:  What happens in the physical realm gives us cues and clues as to what is happening on the emotional and mental levels, which then have an underlying lesson in the spiritual realm.  Now, stay with me here. This isn’t hard, and it will make a tremendous difference in how you write once you get it.
What does this look like in practice?  Here's an example:

“Nice night,” the waitress at the counter said.
Ashton brushed the cold as ice raindrops off his shirt and shivered. “I’d hate to see a bad one.” He stomped his feet on the ground, sending mud and water scattering in little fans on the mat and across the hard tile floor.
She grabbed a menu. “One?”
It took a moment to process the question as he brushed at his cap and neck. “Oh, uh, yeah,” he said, glancing up. “One.”
“Right this way.”
Without question he followed her across the diner to a corner booth. He reached up and repositioned the cap on his head, cupping the bill of it in one hand.
She stopped at the back booth cornered by a wall and a window. “This okay?”
“Fine.” He slid into the seat.
With a smile he barely saw, she laid the menu on the table. “I’ll bring you some water.”
“All right.” When she stepped away, he squeezed his eyes closed to shut out the fatigue flooding over him and shivered again. “Tell you what...”
She stopped short and turned back.
He forced his eyes open as he ran his hands down his now-wet jeans. “Just bring me some coffee.”

Now go through this carefully.  What physical cues do you see?

* brushing cold ice water, shiver, stomping (Ashton's spirit is dead-cold, and he's angry)
* "One?" (he's all alone)
* took a moment to process the question (he's not mentally sharp at the moment)
* corner booth (away from the "action of life" again off by himself)
* repositioned the cap (nervous gesture)
* cornered by a wall and a window--dark night outside though (caught between darkness and something solid)
* a smile he barely saw (he's not interacting with others, very little eye contact)
* squeezed his eyes closed (anguish)
* fatigue flooding over him (spiritually tired)
* shivered (spirit is dead cold)
* forced his eyes open (fighting not to completely give up)
* ran hands down now-wet jeans (life is "tight" "constricting" around him)
* "Just bring me some coffee."  (life has become very simple, doesn't ask for or want lots just one cup of coffee)

Does your writing play on this?  Do your character's actions layer so that you don't have to say they are tired, they are lonely, they are sad because their actions say everything the reader needs to know?

Learn to do this, and your stories will have a depth you might not have realized was even possible. 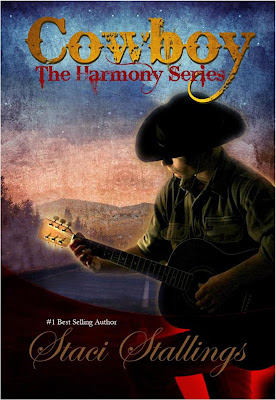 Staci Stallings, the author of this article, is a #1 Best Selling Contemporary Christian Romance author and the founder of Grace & Faith Author Connection. Staci has a special surprise for you today and tomorrow only...
FREE ON KINDLE TWO DAYS ONLY!
December 4 & 5:
Cowboy
"One of the most gripping contemporary romances I've read in the past three years."

Timothy Ashton Raines is at the top of his game and the end of his rope until one night, he walks away from everything...
Available today as a free download from Amazon!
Amazon
Posted by Unknown at 12:01 AM

The link is not working yet. I have emailed Stacy and will fix it as soon as I can.

Here is a link that works until this gets fixed...